AN IRAQI nun who had to flee from Islamic State fighters overnight was among those who provided testimony at Westminster Abbey on Tuesday, in a service celebrating the contribution of Christians in the Middle East.

Sister Nazek Matty, a Dominican Sister of St Catherine of Siena, in Iraq, described how the Sisters had now returned to the plains of Nineveh, “with all the doubts and fears of our hearts”, because of their determination “to live our beliefs in the place where we belong, and where we feel deeply connected to our roots”.

They were among an estimated 100,000 Christians who fled the area in the summer of 2014 (News, 8 August 2014). Writing in The Sunday Telegraph on the eve of the service, the Archbishop of Canterbury warned that Christians communities in the Middle East faced “the threat of imminent extinction”, noting that the Christian population of Iraq was now less than half what it was in 2003. 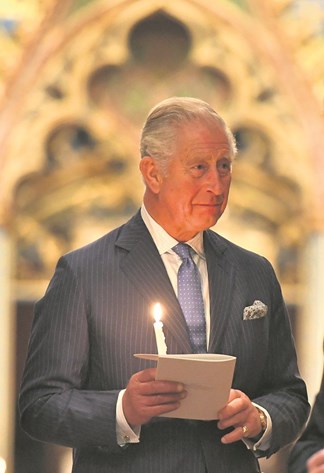 In his address at the abbey, he condemned a failure to share in the sufferings of the Middle East, urging Christians to “open ourselves afresh to the pain of those caught up in a region of suffering”.

Persecution isolated people, he said: “Those outside its experience cannot say ‘I know how you feel,’ because they don’t. To live in a country or in a society where a government, or an armed group, or even a minority of people consider that you should be consigned to oblivion because of your faith in Christ is an experience that is without parallel.”

The Copts martyred on a beach in Libya in 2015 (News, 20 February 2015), and “those countless killed in Iraq and Syria” were among those he called to mind. “Those who remain faithful in suffering are beacons and lights of hope and an inspiration to us all. To you who are from the region, we owe a debt of profound gratitude. For your suffering calls us to faithfulness, and to fellowship.” They shone, he said, with “the light of obedience”.

Christians outside areas of persecution were called on to ensure “that governments, that households, that societies welcome the afflicted, pray for the suffering, stand with those in torment, rejoice in liberation”.

The service, which began with an introit sung by the Coptic Diocesan Choir, accompanied by small cymbals, was attended by 13 heads of the Churches of the Middle East and North Africa. The Archbishop in Jerusalem, the Most Revd Suheil Dawani, gave the second reading from Luke — “No one after lighting a lamp hides it under a jar” — in Arabic.

In an opening reflection, the Prince of Wales paid tribute to the “inspiring faith and courage” of those “battling oppression and persecution or who have fled to escape it”. He had been “deeply humbled and profoundly moved by the extraordinary grace and capacity for forgiveness that I have seen in those who have suffered so much.

“Forgiveness, as many of you know far better than I, is not a passive act, or submission; rather, it is an act of supreme courage, of a refusal to be defined by the sin against you, of determination that love will triumph over hate.”

The return of Christians to Nineveh was “the most wonderful testament to the resilience of humanity, and to the extraordinary power of faith to resist even the most brutal attempts to extinguish it”, he said. 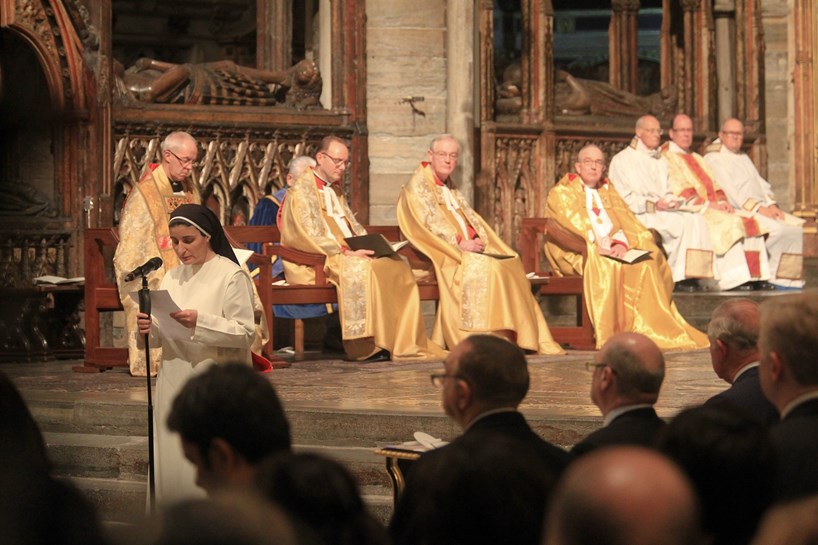 WESTMINSTER ABBEYSister Nazek Matty, a Dominican Sister of St Catherine of Siena, in Iraq, speaks during the service at Westminster Abbey

The history of the region indicated that “co-existence and understanding are not just possible, they are confirmed by hundreds of years of shared experience. Extremism and division are by no means inevitable.”

Chief Imam Sayed Ali Abbas Razawia, the director general of the Scottish Ahlul Bayt Society, a Shia organisation working for “religious and racial harmony, equality, and diversity”, spoke of the foundation built by Christians in the Middle East, including their intellectual contribution, and observed that, “if there is to be peace in the Middle East, Christians must be part of the solution.”

The Greek Orthodox Patriarch Theophilos III of Jerusalem reported that the Christian community was facing “unprecedented challenges and difficulties that the rest of the world have largely ignored”. Last year, he embarked on a tour of Western leaders in an attempt to raise the alarm about a growing conflict over land, including a draft Bill that would enable the Israeli government to confiscate lands leased by churches to third parties (News, 10 November 2017).

In his address, Archbishop Welby acknowledged the complexity of the region’s landscape. In some places, the Christian community “flourishes”, but, in others, “they face daily the threat of violence, murder, intimidation, prejudice, and poverty.”

Among the challenges that he posed was to those who “ask Syrian Christians to choose between President Assad, under whom they were tolerated, and the unimaginable horrors and threats of so-called Islamic State, [which] is to impose a choice that we would not accept for ourselves, and which we should not judge too easily.”