HCEF Concluded a Symposium on Sharing Jerusalem With Two People and Three Faiths.

Previous Next
HCEF Concluded a Symposium on Sharing Jerusalem With Two People and Three Faiths.

The program included distinguished speakers and participants, with academicians, religious leaders, and activists among them. Check the link for the program: https://bit.ly/3mJQlgZ 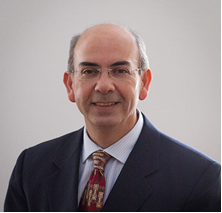 The moderator, Dr. Saliba Sarsar, Chair, HCEF Research & Publication Committee and Professor of Political Science at Monmouth University, delivered the opening remarks, emphasizing the unique, multi-cultural, and universal character of Jerusalem. “The common thread that unifies the city’s inhabitants,” he said, “is their resilience.” Some people desire an exclusive city, but the HCEF is committed to inclusivity and peace. A third book of essays expressing Jewish perspectives and reflections on Jerusalem is under consideration. 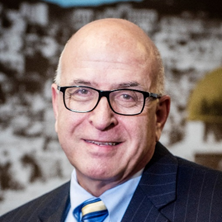 Sir Rateb Rabie, the Founder, President, and CEO of HCEF, spoke on “Jerusalem is for all.” He stated that it is important to bring the world’s attention to the need for sharing Jerusalem among all people and for avoiding exclusivity. The books are intended to promote a focus on inclusivity. In 2018, HCEF hosted a conference on Jerusalem that brought Jews, Muslims, and Christians together to formulate an inclusive vision for Jerusalem. Hopefully the participants in today’s conference and others will help with the movement to promote a vision for an equitably shared Jerusalem. 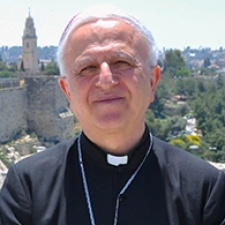 Speaking of the significance of Jerusalem, his Eminence Bishop William Shomali, Patriarchal Vicar (Latin Patriarchate of Jerusalem) for Jordan and Vice-Chairman of the Board of RIIFS, articulated a Christian perspective but did not exclude other religious views. He mentioned the 1994 Memorandum on Jerusalem and remarked that Jerusalem’s vocation is peaceful sharing. The Christian presence in Jerusalem has existed for 2,000 years, but now comprises merely 2 percent of a population of approximately one million. A Catholic document of 1996 asserted a position that is the same of that of the 1980 United Nations Security Council Resolution 478, namely, that Israeli Basic Law on Jerusalem is null and void because it violates international law. The solution is that there must be international guarantees of Jerusalem’s unique status, although the nature of this status should be determined by the local political forces. A guiding principle is that Jerusalem must be assured of stability so that it will never be a source of warfare. 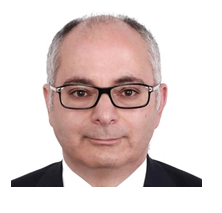 In a visual presentation on Jerusalem, Dr. Mohammed Hashim Ghosheh, a historian specializing in Jerusalem and its Islamic architecture and Director of El Hassan Center for Jerusalem Studies, presented fascinating pictorial slides displaying the primary sources for the study of Jerusalem’s history. These sources include Middle Eastern manuscripts dating from the era of the Crusades (e.g., a medieval writing entitled The Virtues of Jerusalem), European manuscripts regarding the Crusades and the Ayyubids, Ottoman archival documents on life in Jerusalem in the 16th and 17th centuries, records stored on Haram Esh-Sharif and in the Al-Aqsa compound, drawings (e.g., the drawings of the artist Charles Wilson), colored illustrations and photos in books, mosaics and ceramic plates, maps from the Ottoman period, inscriptions on buildings and monuments, seals, and metalworks and other pieces of art in various museums. 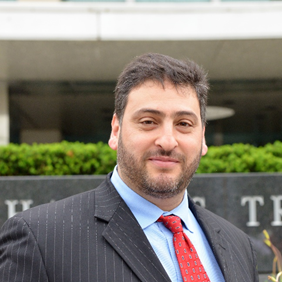 Dr. Osama Abuirshaid, Executive Director, American Muslims for Palestine, addressed “The Necessity of a Christian-Muslim Narrative for Jerusalem.” He pointed out the clash of narratives in Jerusalem, which has caused Jerusalem to be a “microcosm of conflict.” The Zionist narrative claims a monopoly on the city, which is a recipe for warfare. While identifying the purpose of that narrative as justification for exclusivist Israeli policies, Dr. Abuirshaid offered the caveat that the terms “Zionist” and “Jewish” should never be considered as synonymous because they are clearly not the same. Palestinians must never accept the Zionist narrative and must never compromise their own sovereignty over the city of Jerusalem. Of course, political sovereignty does not deny access to holy sites for anyone; moreover, it is vital to maintain a clear distinction between politics and religion. The Zionist narrative consistently confuses politics and religion. For example, Prime Minister Netanyahu once exhibited, as evidence for his Zionist claims, a 2,700-year-old seal bearing the name “Netanyahu.” 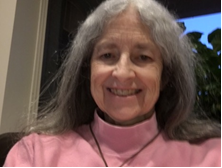 Dr. Carole Monica Burnett, Co-Chair, HCEF Research & Publication Committee and Editor of the Church and Fathers of the Church Mediaeval Continuation, The Catholic University of America Press, discussed the importance of the two books for Sharing Jerusalem. She spoke about the necessity for promoting Muslim-Christian unity, which must include the refutation of false narratives about Muslims, including conspiracy theories, which are circulating among the American population. She said: “It is crucial to monitor the U.S. media and thus to effect a change in U.S. public opinion; without achieving this change, it will not be possible for the U.S. ever to become an honest broker in negotiations.” For Dr. Burnett, more publications, both verbal and graphic, are needed, and the pairing of the two books (What Jerusalem Means to Us: Muslim Perspectives and Reflections and What Jerusalem Means to Us: Christian Perspectives and Reflections) is a significant step in the right direction.

Three of the book’s authors commented on why Jerusalem should be shared. Dr. Azzam S. Elayan, Lecturer in the Department of Chemistry & Physics at Monmouth University, remarked on the Arabic names of the city of Jerusalem: Al Quds and Bayt al-Maqdis, both of which express holiness. Nevertheless, it is easy for a non-religious person to fall in love with the city, with its delightful sights and fragrant spices. Tragically, the city has had to endure a history of warfare from the Bronze Age until now. History has not been kind to Jerusalem, but indeed it has survived and can continue to survive. There is hope, as long as the different groups inhabiting the city, constituting a population of almost one million, can maintain a sense of togetherness. In order to attain an equitable solution, there must be equality around the discussion table.

Ms. Lana Shehadeh, a doctoral candidate at Florida International University’s Department of Politics and International Relations, is the daughter of a Palestinian couple who had immigrated to the U.S. and subsequently, soon after the Oslo Accords, returned to Palestine, bringing their children with them. It was at this time that Ms. Shehadeh experienced the sights, sounds, and smells of Jerusalem. Subsequently, she returned to the U.S. for her studies. At present, she is engaged in doctoral research at a Palestinian refugee camp in Silwad, which is not far from Ramallah. For the purpose of her research, she needs access to archives in Jerusalem, but the Israeli authorities consistently refuse permission to enter the city. Many of the inhabitants of the Silwad refugee camp have never seen Jerusalem.

Mr. Mohamed Ghumrawi, also a doctoral candidate and Adjunct Professor at Florida International University’s Department of Politics and International Relations, stressed the vital importance of understanding Jerusalem’s history. History is instilled in Palestinian and Palestinian-American children from a young age. The seventh-century conquest of Jerusalem by the Caliph Omar was not bloody or violent; in fact, many Jews had been exiled from the city under Byzantine rule, and Omar allowed them to return. The troublesome issues in Jerusalem today are political, not religious, and are focused on domination. Mr. Ghumrawi hopes that in his lifetime he will see Jerusalem becoming freely accessible. The two HCEF books fill a void of narratives in a framework that has been Israeli-centered.

During the Q&A session, several points were made, including the need for stronger advocacy by American Catholics; the necessity for the Palestinian leadership to speak out vocally about the issues, connecting the Palestinian situation with that of African Americans and that of undocumented immigrants in the U.S.; and details regarding the Qur’an as well as the traditions of Islam, all revealing a close connection between Islam and Jerusalem.

Several of the speakers concluded the symposium by sharing final comments:

Sir Rateb observed that the participants in today’s symposium seem to be in essential agreement. We should stay in touch and join together in shared efforts.

His Eminence Bishop Shomali stated that there should be one single political narrative and that the entire city should be open, with international guarantees.

Dr. Abuirshaid stressed that the issue should be made more visible, should be more widely known, and that Muslims have nothing to be ashamed of, because they have always supported other religions.

Dr. Burnett expressed her opinion that we are facing a long, uphill climb in order to influence public opinion in the U.S. and that we must raise our voices all together.

Dr. Elayan showed his Byzantine coin that is stamped with a cross, a Star of David, and a crescent with a star. If such togetherness was possible in Byzantine times, it is possible now. Change will come.

Ms. Shehadeh said that her personal love for Jerusalem is independent of religion. Jerusalem is a delightful and beautiful city, regardless of one’s religion.

Mr. Ghumrawi shared an encouraging personal anecdote. During his college years (in the U.S.), a Jewish-Israeli classmate asserted, “Palestine does not exist.” But now that classmate has completely changed his mind about Palestine, and he is a strong, dedicated advocate for Palestinian rights.

Dr. Sarsar thanked all for their participation. He concluded by stating: “We have learned a lot and we look forward to continuing our learning and our journey with you toward an inclusive and peaceful Jerusalem.”

Order your copy at www.amazon.com or https://tinyurl.com/y4wesyps