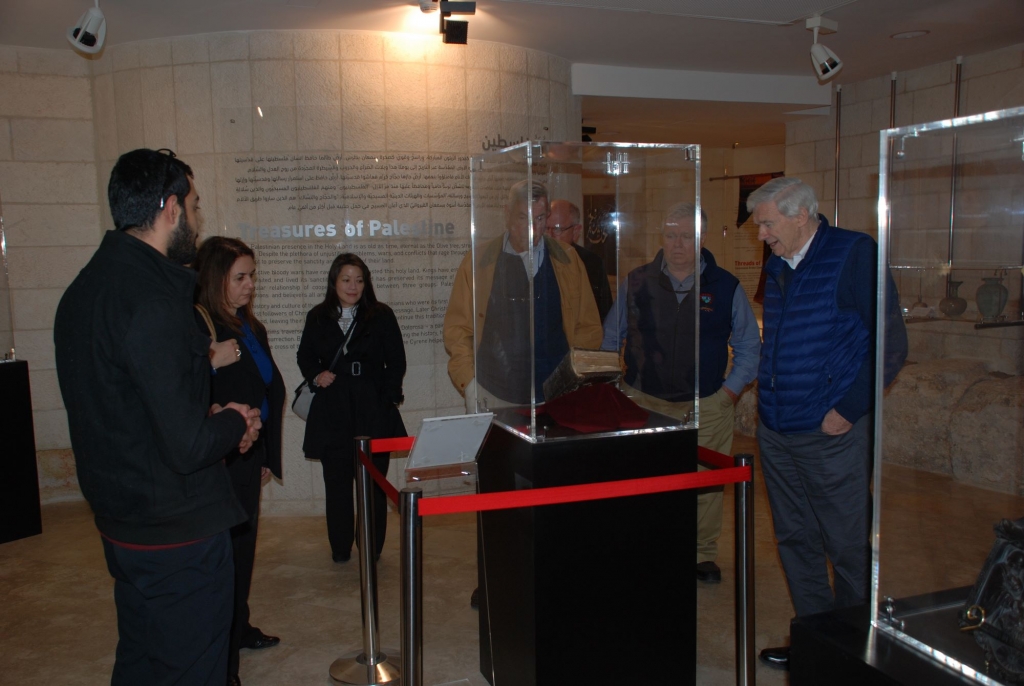 Bethlehem, Palestine – On January 20th, 2016, Ms. June Kunugi, UNICEF Special Representative – State of Palestine, and UNICEF Communications Specialist, Ms. Monica Awad, accompanied four Americans including two Lutheran ministers, one from New York and one from California, on a visit to the Bethlehem Museum. They arrived in the afternoon and received a warm welcome from HCEF staff. Before touring the Museum, they were given a brief introduction about its history, mission, vision, and the progress the Museum has made in relating the history of Palestinian Christians in Bethlehem.

The delegation enjoyed the Museum’s exhibit of handicrafts crafted over the last century by local artists who have kept their artistic traditions alive for generations. They learned about the families’ role in preserving not only their Christian faith, but their Palestinian culture as well. The exhibit features pieces demonstrating work in mother-of-pearl, olive wood, embroidery and iconography.

The delegation was especially interested in the Museum’s collection of traditional Palestinian dresses provided by Hannan and Farah Munayyer of the Palestine Heritage Foundation. The patterns and symbolism the clothing capture stories and representations of Palestinian culture, and often indicated whether a woman was married, whether she was Christian or Muslim, and which Palestinian town she was from. 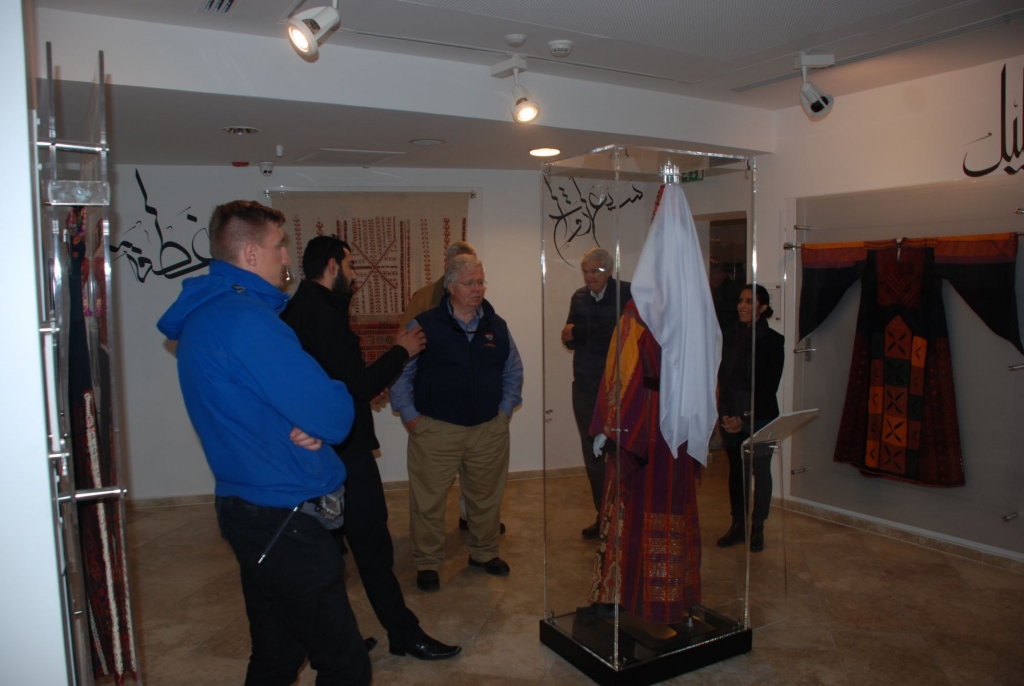 UNICEF Delegation listening to the story of the traditional wedding dress of Bethlehem, the head dress “Al-Shatweh” worn by married women, and the chest piece indicating the dresser’s religion – January 20th, 2016

The delegation was also moved by the “Living Stones” exhibit which features intimate photographs of local Palestinian Christian families from the late 19th and early 20th centuries. The delegation drew comparisons to their own family photos, citing similarities in dress and expression.

Afterward, the delegation viewed one of the museum’s featured exhibits, a Roman Aqueduct dating back to the time of the Roman Empire. The delegation was impressed by the aqueduct’s construction, noting its similarities to modern day piping technology. The delegation also enjoyed the Museum’s collection of film and photography from the British Mandate period, offering an insight into the lives of Palestinians Christians in the first half of the 20th century. 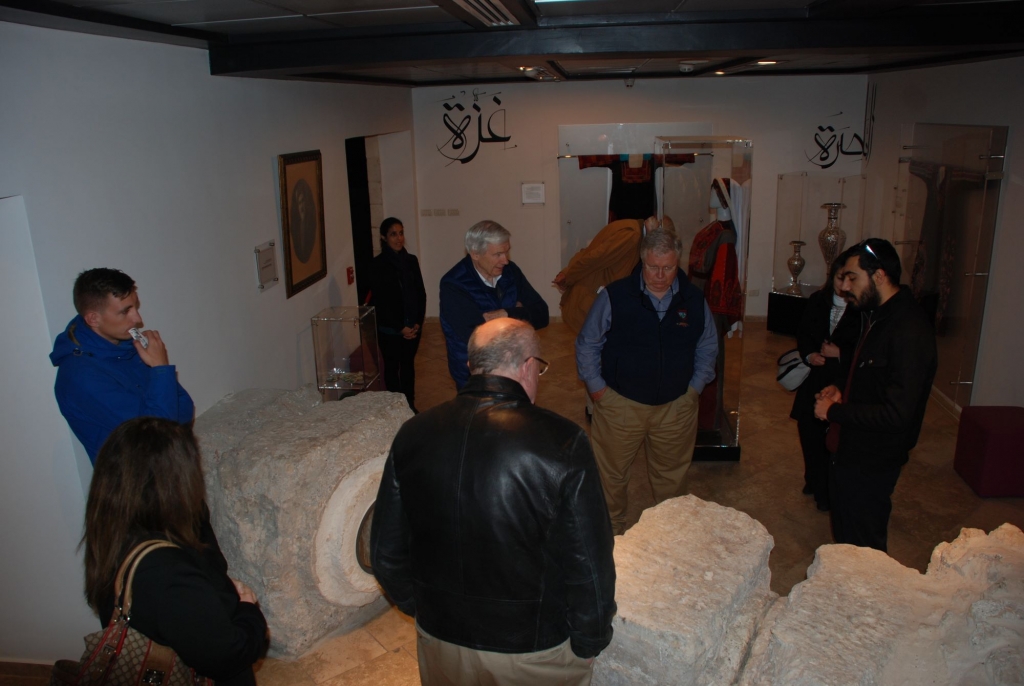 UNICEF Delegation views the historic 2000 year-old Roman Aqueduct, which was used to pump water from Solomon’s
Pools in Hebron to the areas of Jerusalem – January 20th, 2016

At the end of the tour, the delegation viewed the Museum’s gift shop admiring the handicrafts, food products and artifacts that will soon be for sale when the gift shop opens. One gentleman in the delegation joked, “It’s both good and bad that the gift shop is still closed; Bad for the museum but good for my credit card!” The Bethlehem Museum looks forward to opening the gift shop soon, which will feature high quality artwork and products made by local artisans.

After their tour, the delegation enjoyed refreshments at Al-Karmeh Restaurant where they experienced the sensation of old-time Palestine, relishing in the Restaurant’s antique décor.