Salt Lake City, UT-, President and CEO of the Holy Land Christian Ecumenical Foundation, Sir Rateb Rabie, KCHS, visited Utah to expand the support of all Christians in the Holy Land.  Sir Rateb met with the Leadership of the Mormon Church (The Church of Jesus Christ of Latter-Day Saints-LDS Church) and discussed ways of forging new partnerships to provide humanitarian support and work for refugees in the Middle East, particularly in Palestine. The visit included a meeting with Elder Larry R. Lawrence, General Authority of the LDS Church over the Middle East and Africa North Areas during which strategies were discussed concerning achieving the common goal of assisting with the humanitarian needs of Palestinian Christians in the Holy Land as well as general refugee relief in the Near East. 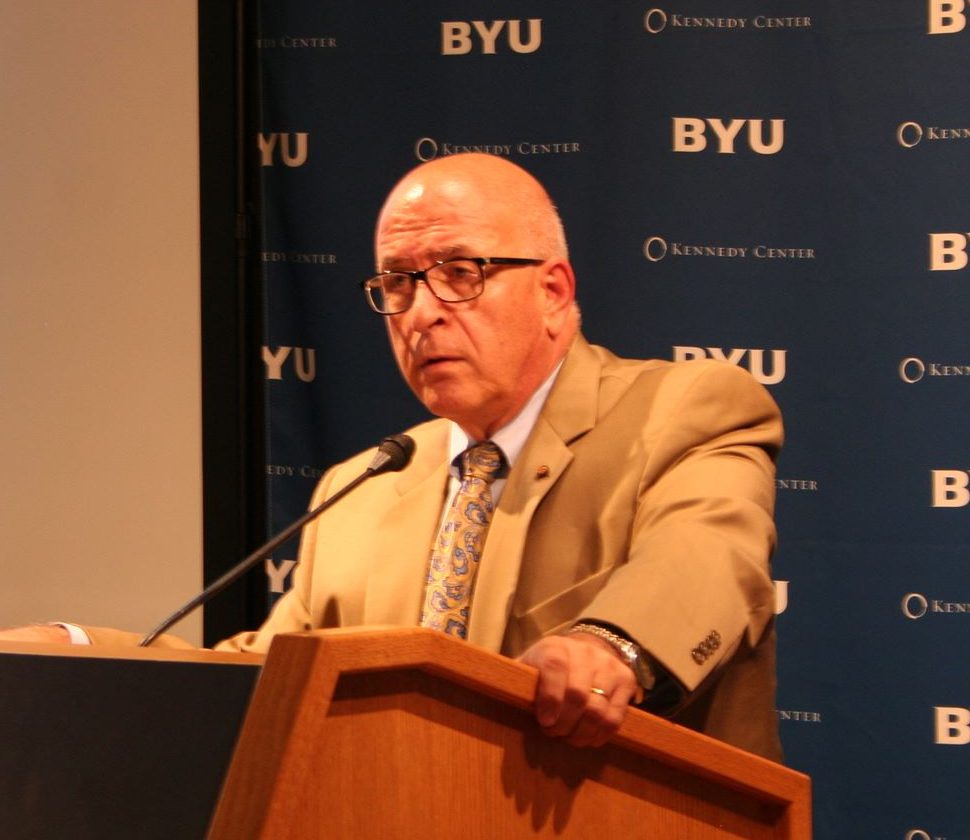 Following up on the great success of the ‘memorandum of understanding’ with the Department of Anthropology/Archaeology and Museum Studies at Brigham Young University, Sir Rateb met with Museum Studies students and Dr. Cynthia Finlayson who is the BYU museum specialist assisting the HCEF Bethlehem Museum Project in Bethlehem, Palestine. Both BYU-Provo and the BYU Jerusalem Center have also just approved a Museum Studies Abroad Program that will focus on training Palestinian participants from HCEF and BYU Students in developing the Bethlehem Museum on site in Bethlehem.  This is the first program of its type to be approved by the Jerusalem Center to assist cultural heritage conservation in Palestine.   BYU students currently taking a Fall Semester museum course at BYU-Provo will also be working on a semester-long project to use what they’ve learned in their classes to assist the Bethlehem Museum in grant writing, social media promotion, museum marketing, curating, and more.  Eight of these students will be attending the upcoming HCEF Conference on Tourism in Washington, D.C. in October as trainees and volunteers.

Sir Rateb also gave a presentation to an overflow crowd about the ‘Crisis in the Near East: Christian Arabs in the Holy Land’ at the David M. Kennedy Center for International Studies at BYU. Those in attendance were able to learn about the plight of the Arab Christians of the Middle East, as well as how to actively engage with HCEF in order to bring awareness to their communities. Overwhelmed by the turnout, the Center had to accommodate the attendees by opening another room and broadcasting live feed of the presentation.  The BYU Department of Anthropology and the David M. Kennedy Center hosted Sir Rateb’s visit to Utah and hope to bring him back to Utah in the near future.

Sir Rateb also toured the LDS/Mormon Humanitarian Center in Salt Lake City to learn about the operations of the center that benefits thousands of needy families both in the USA and abroad including the Near East. This tour was led by Mr. and Mrs. Hokanson, who manage the Refugee Initiative of the LDS Charities. Recipients of this aid benefit from the generosity, donations, and volunteerism of LDS communities around the world. Sir Rateb also met with the Director of the Museum of Peoples and Cultures at BYU, Paul Stavast, to learn more about implementing museum tour guiding techniques. The BYU Museum of Peoples and Cultures also approved hosting and designing an upcoming Bethlehem Museum Exhibit in 2018 on the cultural heritage of the Palestinian Christians of the Holy Land. 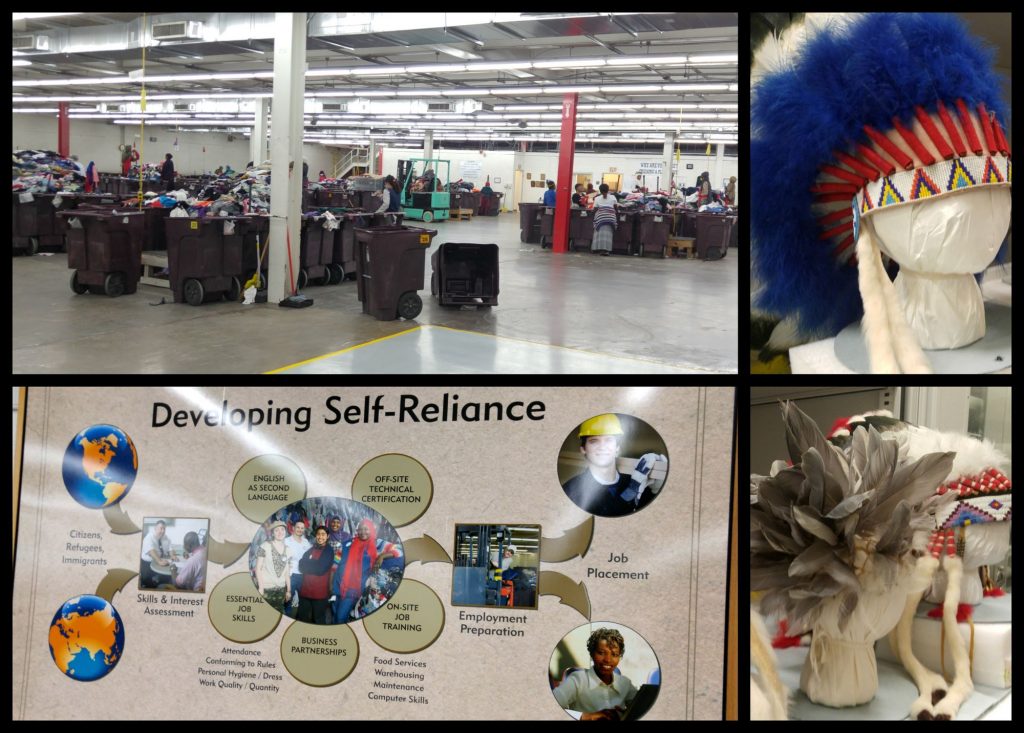 Sir Rateb was able to also take a behind the scenes tour of the new University of Utah’s Natural History Museum led by Collections Manager, Dr. Glenna Nielsen-Grimm and was also given a VIP Tour of the BYU campus and the BYU Museum of Art.

The trip was rounded off with a meeting with BYU President Kevin Worthen and International Vice President Sandra Rogers where the current collaboration of HCEF with BYU was discussed.

Taking advantage of his time in Salt Lake City, Sir Rateb met with the youth of the Palestinian Diaspora Community to encourage discussion and to introduce them to the Know Thy Heritage Youth Leadership Program, where they can use their creativity in giving back to their hometowns in Palestine. The event was in collaboration with students from the University of Utah of both Palestinian and non-Palestinian decent who expressed their interest in getting involved with HCEF and their programs. 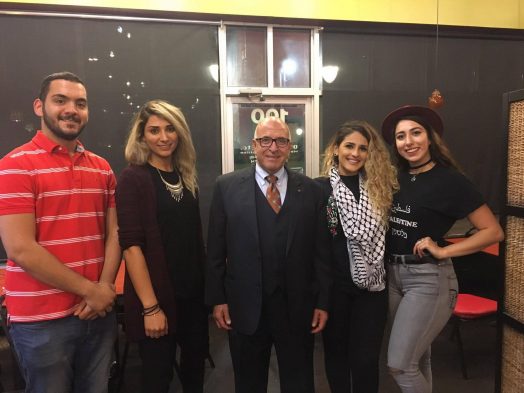 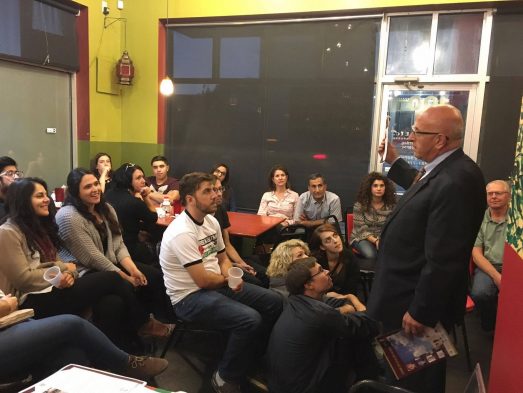