HCEF holds meeting with its partners in Bethlehem in honour of Dr. Hanna Hanania

Previous Next
HCEF holds meeting with its partners in Bethlehem in honour of Dr. Hanna Hanania

Bethlehem, Palestine – In presence of its board member and president of the American Federation of Ramallah, Dr. Hanna Hanania, the Holy Land Christian Ecumenical Foundation (HCEF) hosted a business lunch for a group of partner institutions in Bethlehem in particular, and Palestine in general, in an effort to strengthen these bonds and document them to serve the Palestinian community on different levels.

The Foundation hosted lunch and work meetings in HCEF’s Bethlehem Museum, which was implemented in partnership and cooperation with the Arab Women’s Union in Bethlehem.

At the beginning of the meeting, HCEF President & CEO, Mr. Rateb Rabie welcomed the audience and pointed out that this meeting comes to enhance the relationship of the institution with partner institutions in the framework of efforts to serve the Palestinian society and its various issues.

To his part, Dr. Hanna Hanania, President of the Association of the American Federation of Ramallah thanked HCEF for the reception, and the opportunity.

Hanania talked about the federation, which has 40,000 active meembers who come from different fields of life in the United States, making them representatives of the PAlestinian cause and nation, pointing to the history of migration of the community and the importance of uniting efforts of the Palestinian communities through cooperation with many institutions.

The federation holds annual conferences in Palestine and in the United States to link the expatriates to their homeland, and implements of a series of activities including grants to Palestinian students, fighting settlement activity and raising awareness about the Palestinian cause in the US.

The federation also works on exposing the practices of Israeli occupation whether through the media and solidarity campaigns.
Hanania referred to the efforts of the federation and its contribution to the construction of a hospital and developing its departments, as well as the provision of programs to train doctors and employing youths andf organizing regular trips to it.
He noted that the next goal is to hold a two-week conference for a group of members of the Federatio.
Hanania vowed to continue working for the Palestinian cause in all forums and institutions in the American community in order to contribute to changing the US position towards the Palestinian people and its just cause.
To his part, Archbishop Atallah Hanna thanked all those who were present for the meeting and praised the efforts and work of the Holy Land Christian Ecumenical Foundation on its national work for Palestine.

In turn, Deputy Mayor of Bethlehem Hanna Hanania said that the Municipality of Bethlehem seeks to facilitate and develop the work of various institutions, pointing out that the new municipal council is pursuing a policy of communication and cooperation with various sectors of our people at home and abroad in order to contribute in delivering the voice and image of the Palestinian people. And cultural play a pivotal role.

Finally, CEO & Editor in Chief of PNN pointed to the PNN’s work in various programs as an independent media network that seeks to convey the Palestinian reality and develop it on more than one level.

“It is an agency working in the fields of radio through its radio network and television through PNN, Smart machines are broadcast through the range receiver and other resverts, which works to strengthen the citizen’s voice and raise its issues,” Jadou said.

He also pointed out the importance of cooperation in the field of media and the delivering the Palestinian message to the world through sites in several languages, whether in English, French and German, adding that the network will launch its website in Spanish soon, appreciating the cooperation of the program know your heritage from Latin American countries who have expressed their willingness to work on the site to transfer the truth What is happening in Palestine to their countries. 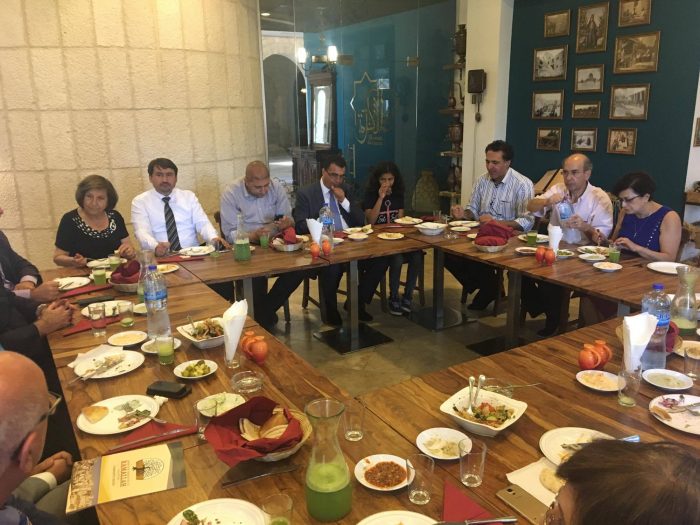 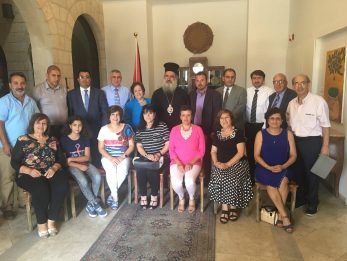 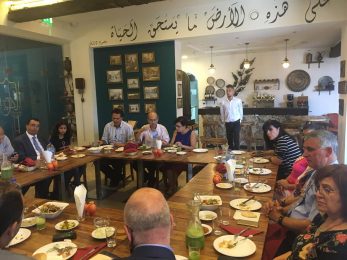 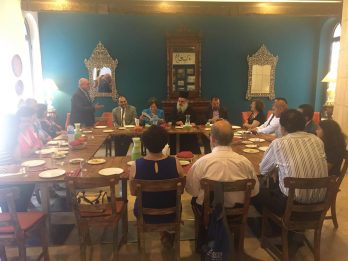 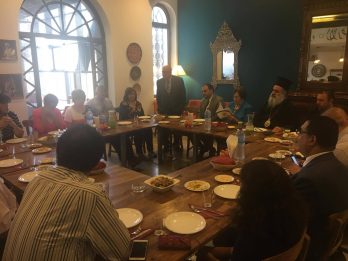 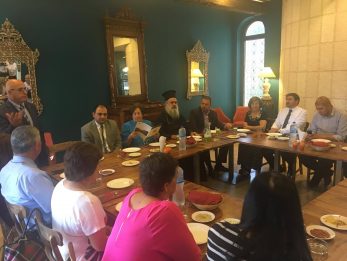