HCEF and BDF/AFBDF Galvanize Support for the City of Bethlehem

Washington, DC – On December 5, 2017, the Holy Land Christian Ecumenical Foundation (HCEF) held an event in Washington, DC to help launch a new initiative championed by the Bethlehem Development Foundation (BDF) called the American Friends of Bethlehem Development Foundation (AFBDF). AFBDF is a 501c3 charitable organization that will serve as BDF’s planning and fundraising wing, meant to support its goal of developing the city of Bethlehem into a vibrant spiritual center. 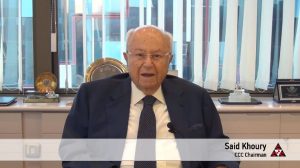 During the event, board members of HCEF, and HCEF’s sister organization, Know Thy Heritage, Inc., spoke about HCEF and BDF/AFBDF’s common vision for a renewed Bethlehem. The event was the most recent activity in a long history of collaboration between HCEF and BDF. BDF was established by the late Mr. Said Khoury, Co-Founder and Former Chairman of the Board of Directors of the Consolidated Contractors Company (CCC), and one of the key contributors to HCEF’s Know Thy Heritage program, now a standalone organization. During his acceptance speech of the HCEF Palestinian Diaspora Award in 2013, Mr. Khoury acknowledged the common spirit in HCEF and BDF’s work and emphasized the need to work cooperatively: “It is of such great importance that the people of the Americas and the people of the Holy Land are brought closer together in a framework of tolerance and interfaith understanding…this is where HCEF’s vision and mine have intersected…” (Watch the full award acceptance speech here). 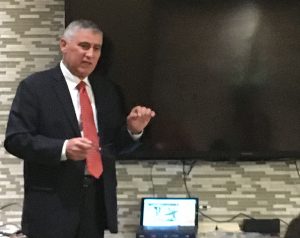 During the event, Mr. Mazen Karam, Managing Director of BDF, gave attendees an overview of the history of BDF and the scope of its present and future projects: “BDF’s mission is to revitalize the city of Bethlehem for its inhabitants and visitors so as to restore and protect its contributions to world heritage. AFBDF  will support the organization to create a sustainable economic and social environment that fosters the growth of a fully integrated, prosperous and harmonious community.”

One area in which BDF and HCEF’s interventions intersect is their mutual interest in increasing tourism to the region. Known as the “City of Peace” and the “Capital of Christmas,” Bethlehem is an important, although less traversed, destination for pilgrims around the world. Although Bethlehem contains sites featured in the biblical Nativity Story, and is surrounded by many other important religious and cultural sites, it has been less visited in recent years due to a lack of knowledge about what the city has to offer.  BDF and HCEF seek to change that, making Bethlehem a “must see” stop on the pilgrimage route. 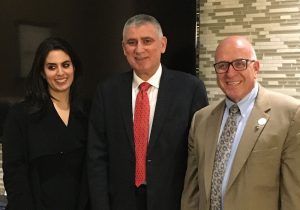 As part of their cooperation, HCEF and BDF will work in tandem to highlight Bethlehem’s cultural and historical offerings, and to invite pilgrims and other tourists from around the world to visit the city and experience its rich history and culture.

Regarding HCEF’s support of BDF/ AFBDF, Rateb Rabie, HCEF President/CEO, commented: “HCEF and BDF/ABDF share a common vision for Bethlehem—to restore it to its rightful place among the world’s greatest cities. We believe firmly that only by working together through different interventions, but complimentary missions, can we build Bethlehem into the city what we know it can be.”