Who are the Christians of the Middle East?

Previous Next
Who are the Christians of the Middle East? 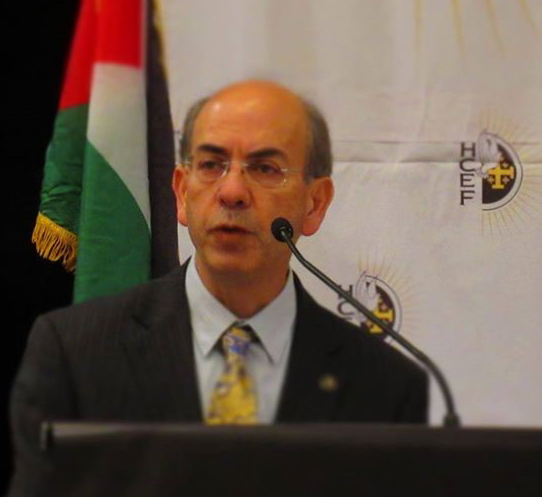 Dr. Sarsar, Chair of the HCEF Research and Publication Committee and Professor of Political Science at Monmouth University, then answered the question of, “Who are the Christians of the Middle East?” He spoke of the Christian presence as dating back to the advent of Jesus Christ, which has been uninterrupted for more than 2,000 years.  While Christians constituted some 20 percent of the population at the start of the 20th Century, that number today is less than 3.5 percent.  Although war and instability have ravaged Christian communities and although some Christian communities are being threatened and persecuted even today, signs of hope present themselves, as expressed by the Egyptian Family House initiative that fosters religious unity; Christian-Muslim dialogue in Lebanon; the work of HCEF and Caritas in Jordan and Palestine; and HCEF’s founding of the U.S. Muslim Christian Coalition for the protection of Christian and other religious minorities in Arab countries.