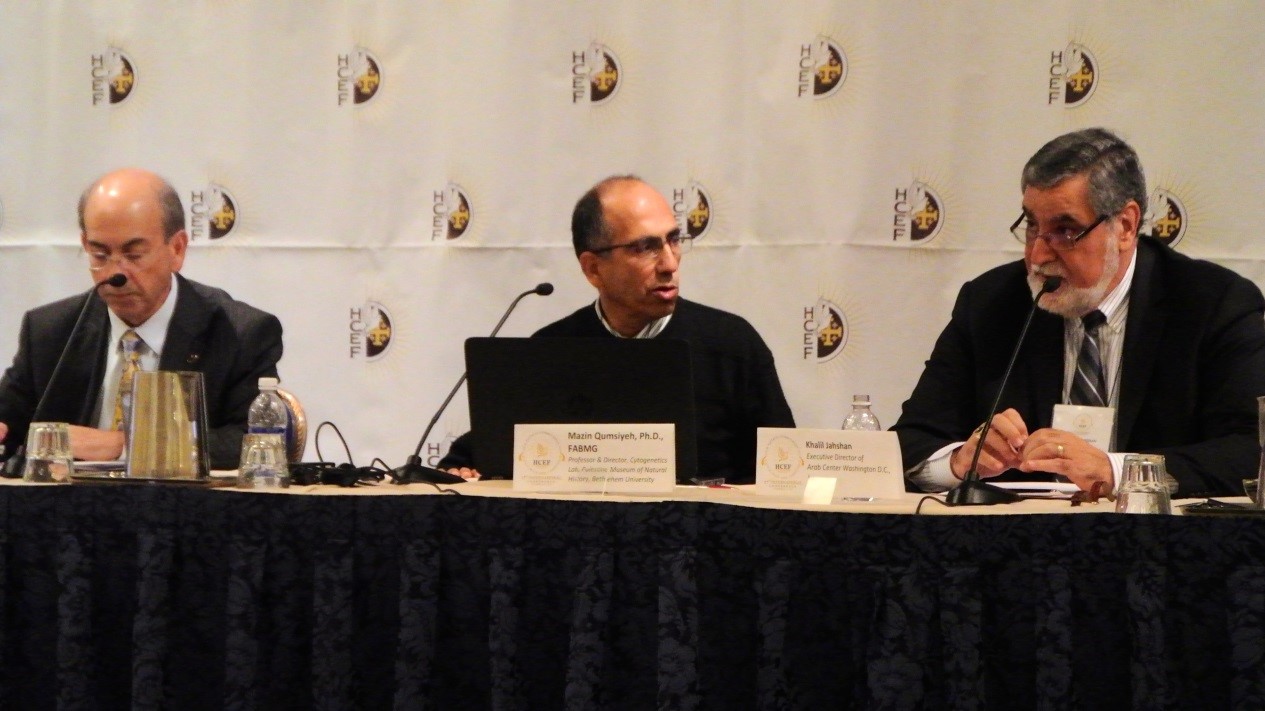 The fifth and final panel on “Western Policy Toward Palestine” was moderated by Dr. Saliba Sarsar, Chair of the HCEF Research and Publication Committee and Professor of Political Science at Monmouth University.  Dr. Mazin Qumsiyeh, Professor & Director, Cytogenetics Lab, Palestine Museum of Natural History, Bethlehem University chronicled the 140-year documented history of Western involvement and expressed optimism as the path of “might makes right” is nearing the end. According to him, “the suffering in these last few years might escalate as colonialism and imperialism never give up power easily.” 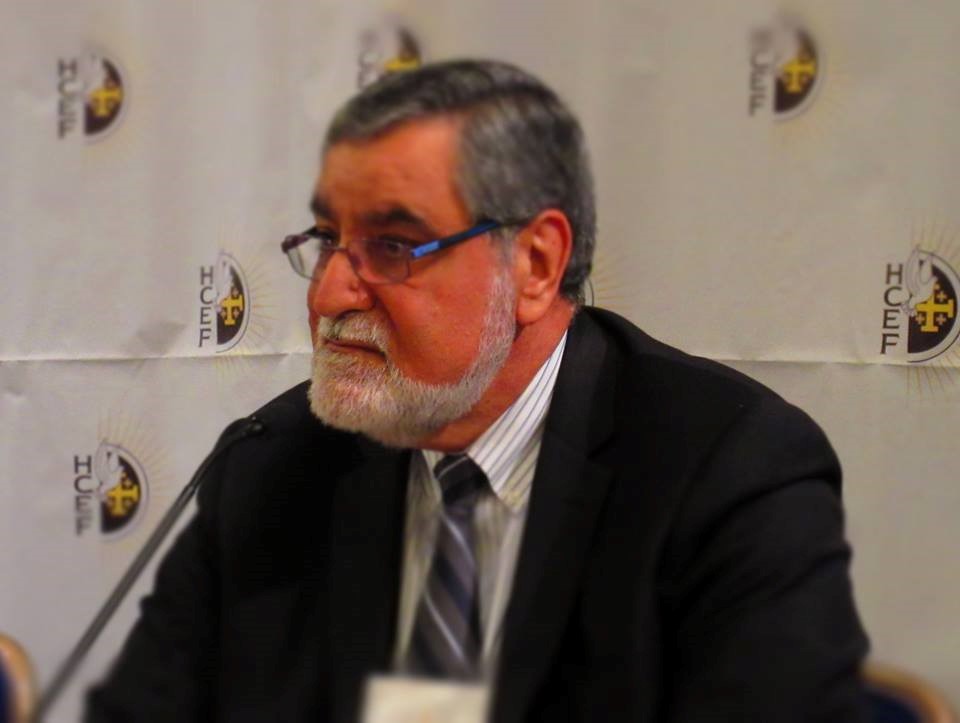 Professor Khalil Jahshan, Executive Director of Arab Center Washington DC, Inc., questioned if Western policy toward Palestine is part of the problem or the solution. According to him, “unfortunately, Western policies in support of Israel have historically failed to distinguish between their unshakable support for Israel’s security and their alleged political and moral opposition to its excessive occupation of Palestine.” The resultant policy responses from the U.S. and other Western nations “have obviously become part of the problem and undermined their own attempts, genuine or otherwise, to resolve the conflict politically.” Professor Jahshan concluded his presentation by holding that “the future of Palestine is not a function of Western policies or Israeli policies…but of the national will of the Palestinian people.”